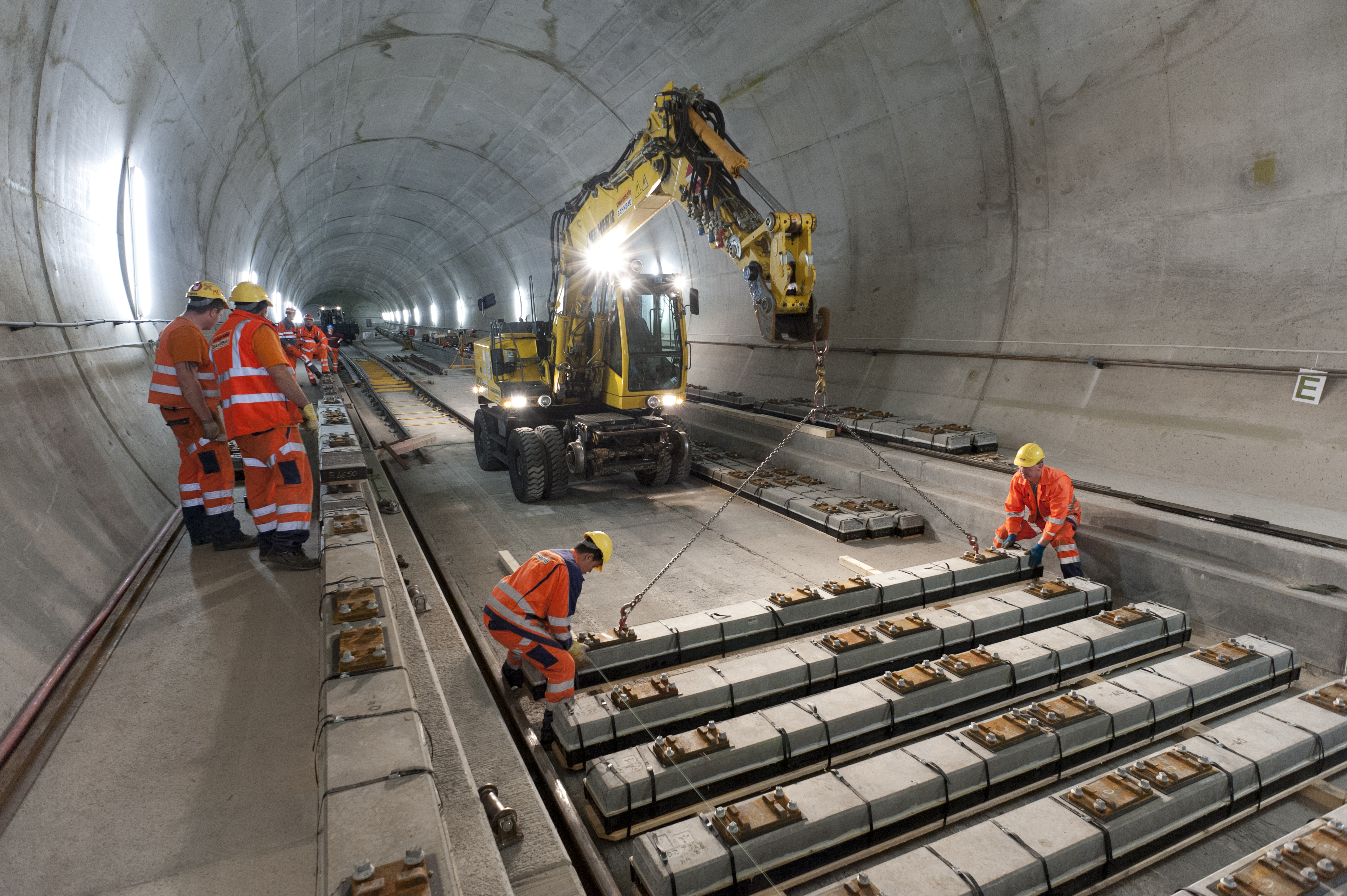 The Gotthard Base Tunnel project receives the 2018 European Railway Award

The most important European rail price goes to Switzerland

With this prize, the jury pays tribute to the longest railway tunnel in the world: Located in the heart of the continent, the Gotthard Base Tunnel (GBT) on the most important European freight traffic corridor – the Rhine-Alpine corridor – brings goods and people faster and more reliably together. SBB employee Peter Jedelhauser and the former CEO of Alp-Transit Gotthard AG (ATG), Renzo Simoni, accepted the award on behalf of all employees of the century project GBT.

The construction of the Gotthard Base Tunnel is also a project of the century for Amberg, we had been involved in its construction for decades. A special thank you to all our employees who helped to build this piece of history. The prize is therefore also for you and we congratulate to the European Railway Award 2018!