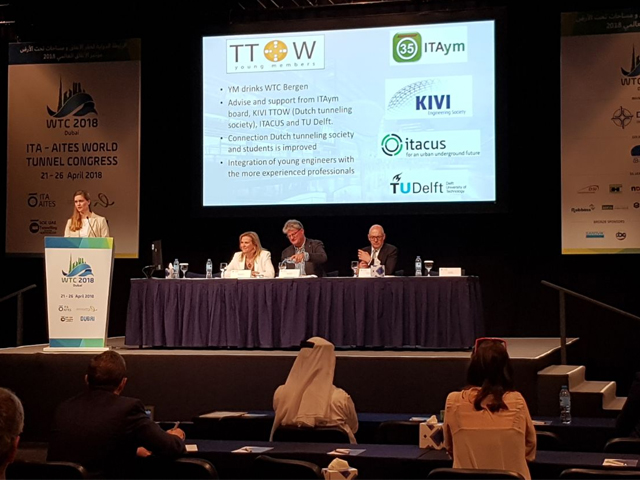 Amberg Group had a strong presence at the WTC 2018 in Dubai amongst approximately 1500 registered attendees, engineers and industry  professionals from all over the world. Amberg Group's representatives exchanged the latest trends and innovations, learned from case studies, and discussed how tunnel infrastructure and underground space use will support future sustainable cities. 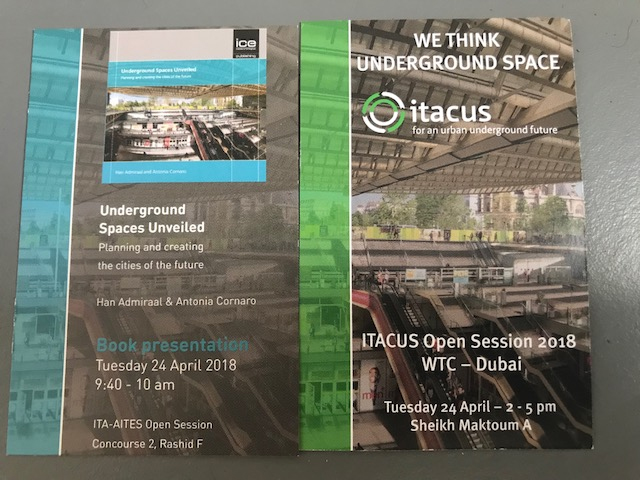 Felix Amberg and Antonia Cornaro each gave 2 lectures in the ITACET Training course preceding the WTC.

Jasmin Amberg was elected Vice chair of the ITA Young members (ITAym) and Stefan Maurhofer represented Switzerland in the General Assembly of the ITA.

Antonia Cornaro  presented her new book (together with co-author Han Admiraal) as part of the ITA Open session to an audience of approximately 500 attendees. In their ground breaking new book Antonia and Han challenge the common perception that the development of underground spaces is only for cities that have a scarcity of land. They argue that both the sustainable development goals and the new urban agenda require cities to look at the planning and use of underground space. In a book written for urban planners, urban designers, architects, geologists, engineers, and for policy makers and decision makers, they unveil a hidden urban asset as able to provide solutions for many of the challenges urban areas face now and in the future. The publication of the book is timely as cities are evermore being challenged by rapid urbanisation, climate change and the need for urban resilience.