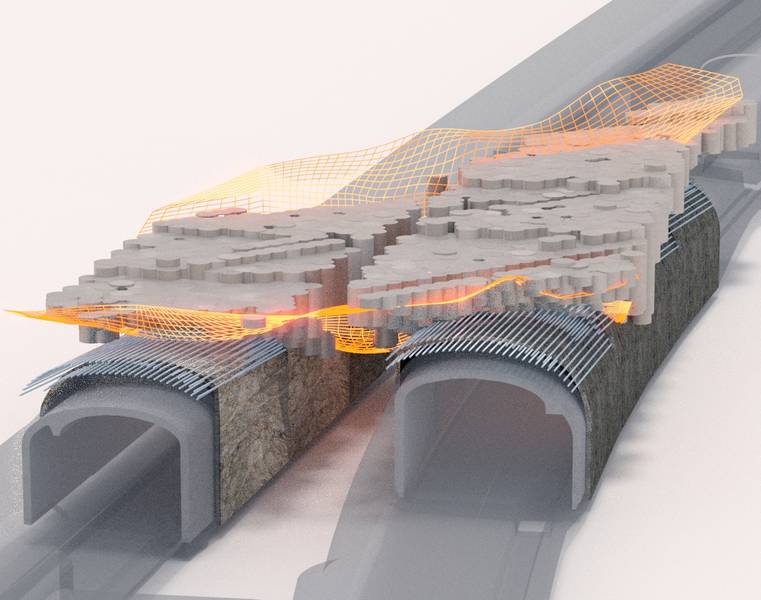 3D-model for Förbifart in Stockholm - longest tunnel in city proximity

Amberg provided technically complex solutions for difficult parts in the lengthy tunnels of the Stockholm Bypass Förbifart. These 3D design elements, tested in the Alps, helped to make BIM-coordination and clash control easier.

Förbifart Stockholm is a highway bypass on the western pheriphery of Stockholm. It leads from the southern interchange Kungens Kurva to the northern interchange Häggvik and consists of a series of underground expressway tunnels currently under construction. At its deepest point, the tunnel reaches 65 meters below sea level and the lake Mälaren. More than 17 out of 21 kilometers are built underground. The bypass will become the world's longest tunnel in the proximity of a city.

Obstacles in the paths of lengthy tunnels

As it is true with every big project, coordination among the different disciplines plays a key role. The occasional lack of clearly defined requirements at the beginning of the design phase can entail negative consequences later. For example, the rock excavation geometry has to be adjusted or the tunnel equipment has to be modified. Generally, Swedish tunnels are blasted in good competent rock. But with tunnels of such length, obstacles like existing highways, buildings or lakes are quite common. They are the challenges for the design engineers.

Amberg Engineering offered a range of different excavation solutions for some of these challenging areas. Often traditional supporting structures were not strong enough and more specialized or innovative solutions were required.

"We provided solutions focused on temporary and permanent lining for the excavation in sensitive areas," says Luca Borio, the project manager. "The support elements we suggested are quite often used in excavations in the Alps: a pipe umbrella, a lattice girder or a mesh reinforcement. For Scandinavia, however, they are rather unusual constructions."

The permanent lining in Förbifart has been designed as reinforced concrete structure in areas with low rock cover. They defy the long term and accidental loads. For these structures, Amberg provided a 3D-model that could be included in the main coordination model of the tender and directly checked by the BIM-model coordinator as well as the specialists of other disciplines.

BIM-coordination and clash control made easy

Amberg might only have provided a few 3D-models, but they made BIM-coordination and clash control much easier. With the BIM-method any errors are spotted very quickly: Do elements of separate models occupy the same space? Are all parameters compatible? Also, a real-time comparison between the site and the situation "as-built" is possible thanks to the processing data from the construction site. The design could then be adjusted accordingly if needed.