The A3 motorway represents one of the most important connection between Basel, Gotthard, Zurich and Chur. 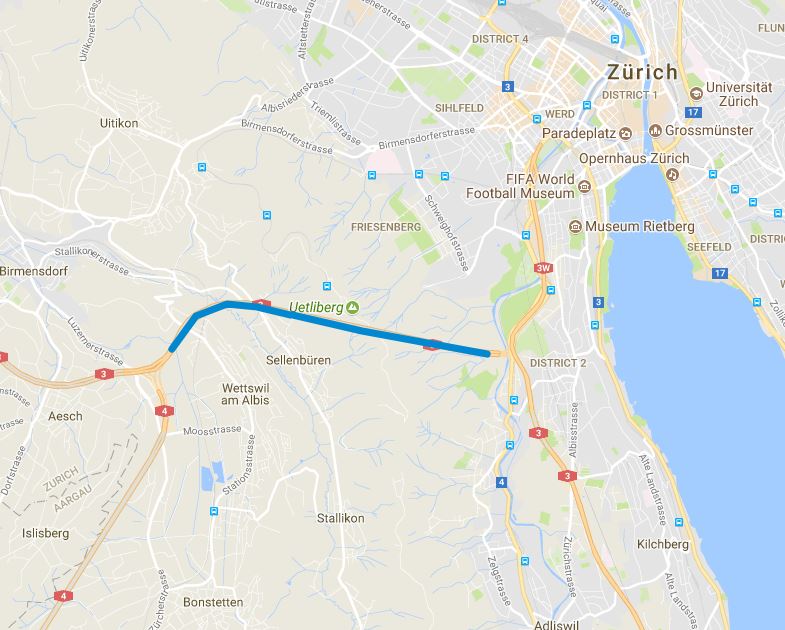 The Uetliberg Tunnel connects the A4 and A3 motorways, heading towards Gotthard and Chur respectively, and is a key part of the western bypass around Zurich.

Planning and design work on the project began in 1983, and the tunnel was completed and opened in 2009. Forming 4.5km of the national motorway network, it consists of two tubes, each with two lanes and a hard shoulder.

Excavation took place at over 900m in the ground water in the heterogeneous moraine, driving into the soft ground section using core boring with a cross-section of 143-160 m2. Tunnelling into the rock (molasse) was carried out by drill,blast and mechanical driving using a tunnel bore extender (TBE) with a diameter of 14.40m. The horizontal stratification of the molasse led to a degree of instability. The Reppisch valley central ventilating station and the portal stations were created using the cut-and-cover method. Using drill and blast, engineers successfully drove the tunnel just 3-6m below an existing 100-year old railway tunnel, which remained operational throughout.

The tunnel was constructed with a double-shell inner lining with full waterproofing, an intermediate ceiling, a utility duct under the roadway, cross-passages, SOS and hydrant refuges and a subterranean control centre.

Amberg Engineering was tasked with preliminary to detailed designs across all SIA phases 31-53, including construction management of the underground structures, support for client representatives and higher-level coordination of the overall project including commissioning.